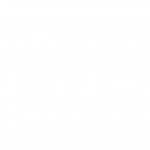 Yaime Pérez was training a few weeks with the ATE Indra Discus in preparation for the World Championships in Doha.

During that training she was able to receive better throws and longer distances and because of that fact she decided to use the Indra discus for the competition in World Athletics Championships, Doha, 2020.

Not only the qualifications were reached with one great throw, but during the finals she proved herself to be a strong athlete.

With a great distance of 69.17m, the Indra Discus has proven itself for long and stable flights and it certainly makes Yaime the World Champion by helping her win the Gold medal!

Yaime is now preparing for the Olympic Games, 2021 with our ATE Indra discus and we hope that she is gonna win the gold to become the world champion discus thrower.